History
Not long after he was born in West Virginia in 1951, Richard Simpkins moved to Florida and then on to Buena Park, California by the age of five. His normal childhood growing up in sunny southern California turned exotic when at the age of 12 he moved with his family to the Philippines.

Back to America
In 1969, at age 18, Simpkins decided to return to the United States. Upon graduating from high school, he set off to obtain a degree in engineering from the National Institute of Technology in Los Angeles.

After completing his engineering studies, Simpkins spent the next 20 years earning a living, working for such companies as Coast Distributing, Hydro Products, Applied Remote Technologies, and Martin Marietta Corp.

Much of his time was spent working on Remote Operated Vehicles (ROVs), ranging from large commercial under water vehicles to mine neutralizing vehicles to simple observation vehicles. During this same period Simpkins met Patricia Dodge and in 1983 they were married.

A Hobby Becomes a Business
In the late 1980s Simpkins began doing stator rewinds as a hobby so his desert racing friends could run more lights on their quads. Quickly dubbed “Ricky Stator” by his friend Steve “Smitty” Schmidt (whom started the first ATC three wheeler business in the San Diego area), by 1991 Simpkins decided it was time to start his own business.

Naturally, Simpkins chose “Ricky Stator” as the name of his business and set to work based out of his garage. As the business quickly began to grow, Simpkins hired fellow racer Mike Zarzan in 1992. The next year, with the idea of using racing as a method of research and development, Simpkins began racing the prestigious Baja 500 and 1000 events on an ATV. By 1995, with the business having outgrown Richard’s garage, Ricky Stator moved into a new facility in Santee, California. A few years later Patty Simpkins came to work full time after she retired from a 20 year career in the printing industry.

After numerous attempts, in 1999 Simpkins won his class in the Baja 1000 aboard a Honda TRX400EX. The following year Ricky Stator became Incorporated as Simpkins Enterprises, and continuing its steady pattern of growth, by 2003 the company moved to its present location in Ramona, California. Within that same year, Mike also received his degree in Electronics Engineering Technology.

On December 28, 2006 Richard Simpkins passed away from complications brought about by liver cancer. His wife Patty and very first employee Mike Zarzan have honored Simpkins by continuing the legacy of Ricky Stator and Simpkins Enterprises.

Together, Patty and Mike continue Richard's commitment to excellent service and quality products. 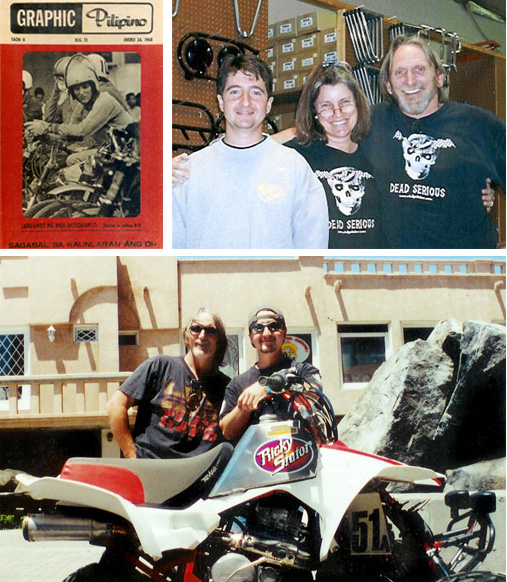 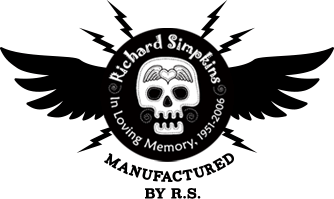